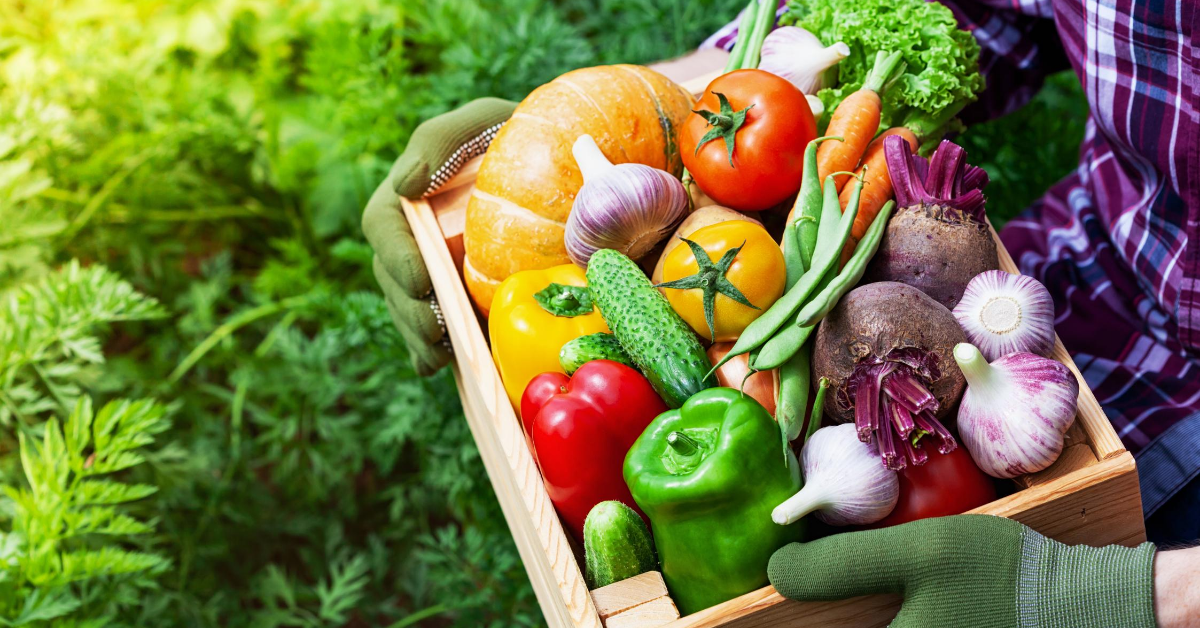 “The UAE National Food Security Strategy 2051, was launched in 2018, with five key pillars. The government is very active when it comes to this strategy. Several stakeholders have also provided funds, pushing the agenda of food security forward, along with proponents of organic, hydroponic, and other such agricultural tools,” started Yazen Al-Kodmani, Operation’s Manager at Emirates Bio Farm, producers of 60 types of fresh produce within the UAE desert.

The Fresh Produce live webinar session, held during the Middle East’s first-ever Organic Digital Trade Week, sparked insightful thoughts, ideas, and facts by buyers from the region. As a sister initiative to the Organic and Natural Products Expo, the sole trade expo in the region that connects buyers and sellers from across the globe, the Organic Digital Trade Week brings together industry experts and stakeholders to have meaningful conversations. The entire fresh produce trade week was dedicated to facilitating business opportunities between eminent buyers from the Middle East and international suppliers.

The fresh produce industry has witnessed a tremendous jump post the COVID-19 pandemic, further strengthening and tightening the UAE’s food security plan. Let’s take a deeper look at this, as stated by expert buyers on our live panel discussion.

“The UAE National Food Security Strategy 2051, was launched in 2018, with five key pillars. The government is very active when it comes to this strategy. Several stakeholders have also provided funds, pushing the agenda of food security forward, along with proponents of organic, hydroponic, and other such agricultural tools,” started Yazen Al-Kodmani, Operation’s Manager at Emirates Bio Farm, producers of 60 types of fresh produce within the UAE desert.

In terms of sourcing important items for the food security agenda, Al-Kodmani stated, “Out of the 18 main items, identified as part of the food security agenda, we can grow certain vegetables in the UAE, however, due to price differences it might be more cost-effective to import them. 80% of agricultural products are wheat, grains, and more, which we cannot produce. However, we try to grow substitutes for the same, such as quinoa. We are very strong in livestock production. However, we still compete with other countries in terms of price.”

It’s all about healthier products, with a special shift towards fresh produce

“Globally the market is growing, and this has to do with consumers being healthier and keeping away from fast food and processed products,” shared David David Prokopiak, Procurement Director at Kibsons UAE, one of the biggest importers, wholesalers, and distributors of fresh produce and diversified products in the region. Coming to the Middle East, Omar Chauhan, Assistant General Manager at Gulf Fruits Trading Company, specialists in 5 and 4-star hotel suppliers of fresh produce, says that the pandemic has urged local consumers to opt for healthier food as well.

An increased and accelerated shift towards online is the latest trend

Al-Kodmani pointed out the acceleration of e-commerce as a major change of the COVD-19 pandemic. “The accelerated shift to e-commerce was already underway, and once a consumer switches to online they prefer that method. Furthermore, there were disruptions to importing – with increased demand for local production. The demand for fresh food increased due to people choosing healthy produce and an urgency to increase food security,” he said.

Prokopiak added, “Consumers also became more price-conscious due to the uncertain economy. The wholesale market had fewer players as well. Moreover, online has seen huge growth and this has been both challenging and exciting for Kibsons.”

80% of food in the UAE is imported, but local farming is also strong

When asked about the potential local farmers have in terms of supplying, and if their presence affects imports, the general view is that both parties balance off each other.
“I don’t think that local farmers have affected imports too much, but yes people under the current circumstances of the pandemic perceive local to be fresher,” Prokopiak stated.
“The government is pushing and contributing to the demand side. Supermarket retailers have shelf space for organic and local produce,” Al-Kodmani noted. “80% of food is imported, that is true even in the UAE. However, a majority of the reasons are due to price, globalization, and different restaurant menus. Being a cultural hotspot, importing different types of fresh produce is inevitable.” Furthermore, Al-Kodmani stated which products are imported and from which countries to the UAE.

“Onions and shallots take 25% of the share while potatoes take 18%. Through protected agriculture, we can locally produce tomatoes, peppers, lettuces, and herbs ourselves. We import high-value crops from the Netherlands and Australia. Fruits also form a large portion of our imports, mainly from the United States, such as avocados, strawberries, blueberries, and more.”
Rahul Gupta, the co-founder of Agrovilla, the largest exporter of organic fruits and vegetables from India to the UAE, and an exclusive partner of Ripe, the biggest community-based organic retailers in the region, emphasized on inter-country relationships.

“I am a big supporter of local organic fruits and veggies. However, the great thing about supplying from India is that the transit time is very less. One challenge the UAE faces is weather problems that are inconducive for year-long farming. India and the UAE share a very good relationship, so I look forward to trading in more organic products. We have seen a big spike in the number of products like turmeric and ginger,” Gupta stated.

Chauhan added, “During the pandemic period, suppliers from Europe, India, and the Americas stepped up and made sure that products were coming in on time.”

The demand for frozen food has spiked more than ever before

Bulk buying and online were two key points to note when it came to the purchasing behaviour of consumers in the Middle East.

“We saw a crazy amount of bulk buying at Kibsons. Every announcement we made saw an immediate spike in demand. Frozen fresh produce had also gone up drastically as people were stocking up on variety,” Prokopiak explained.

“We had to think outside-the-box and gain alternative products from different sources. The strength of our relationships has mattered during tough times. With Kibsons having 40 years of experience and relationships, you tend to feel the benefit.”

Price, support industries and regular availability to be the front-runners for the future of organic produce

“We are working with Ripe and doing containers. This will cut out our cost a good AED 3-4 per kg. We foresee other players taking the same route. When you think of organic, you might only think of how expensive it is. Hopefully, over the coming years, this perception will change,” said Gupta, as price parity is one of his main goals for the future. Al-Kodmani stated, “The UAE doesn’t have support industries to produce by-products, and I do hope we will have more startups dedicated to this.” Ending on a positive note, Prokopiak shared his views for the future, “We definitely think that the organic market is going to grow. Ultimately everyone wants to eat organic food. Consistent availability, relative affordability, and building trusted brands need to be key points to look out for.”