HEAR IT FROM THE PEOPLE WHO MATTER TO YOUR BUSINESS MOST: AN ORGANIC CHAT 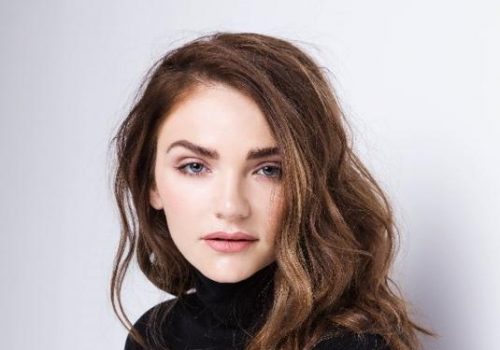 Vesna started in her early teens, although she didn’t really get serious about it until she finished high school. After graduating from the University of Western Sydney, with a Bachelor of Commerce degree, Vesna embarked on her international modelling career, working in cities such as New York, LA, Milan and London.

Through her 18-year modeling career to date, Vesna has worked with a host of creative and talented people, all of whom have inspired her. Vesna has walked runway shows for some incredible designers including Carolina Herrera, Philip Plein, Galliano, Amato and Valentino. Working with such prestigious names has seen her model for shoots in incredibly exotic places such as the Californian coast, New York City and stunning Islands such as Bali. Along this journey Vesna has lived in and visited some of the world’s most elite cities including Sydney, New York, Los Angeles, Milan, London, Paris, Hamburg, Auckland, Vienna and since 2008 has found her residing in Dubai, UAE. She is currently represented by agencies in the UK, US, Australia, Germany and Dubai. Throughout her extensive travels Vesna has had the privilege of experiencing some of the world’s most exclusive restaurants, these later proved to be part of her inspiration behind Tribeca Kitchen and Bar.

After the birth of her son, Vesna developed a passion for healthy living and began making changes to her lifestyle. Vesna strives to live a full life and strongly believes when it comes to both food and lifestyle, moderation is key! Vesna enjoys a glass of organic wine every so often and she believes “life would be bitter without dessert!” Her passion for healthy living, a zest for life and her creative vision led to the concept and design of the award multi winning Tribeca Kitchen and Bar and inspires her to collaborate with other like-minded brands such as 02 life.

Vesna is the creative force behind Tribeca Kitchen and Bar, all decisions relating to menu, interior, concept, events and marketing are overseen by her. “Tribeca is the conceptual realization of the kind of place I want to go out to in Dubai: organic food and drinks, unpretentious laid back atmosphere and a unique concept every night of the week” adding “On any given night you can come to Tribeca and experience a totally different atmosphere and crowd and that’s what I love about it”

She has always held an appreciation for the Arts, whether it be visual or performing, and this too is embedded in Tribeca’s interior and events calendar.

The walls of Tribeca are covered with stunning artworks from local artists, which are for sale. Two nights of the week the Tribeca stage is open to up and coming local musicians who are given the opportunity to perform original music.

Upon turning 30 Vesna became more aware and conscious of her lifestyle choices, and felt that her overall health and immunity could be improved. After extensively researching organic food and healthier lifestyles, she started to implement some changes in her life, and as a result saw dramatic improvements in her health, energy levels and in her appearance. Speaking about her job she says “I work with girls who are close to half my age sometimes, this is not always easy! As a model you are judged mainly on your physical appearance and I do a lot of beauty orientated work such as makeup and skin care, so maintaining healthy glowing skin is essential” After much research Vesna concluded that she sees organic food, exercise, clean living and oxygen therapy as a major factor in her improved wellbeing.

With her growing interest in over-all well-being, Vesna was introduced to hyperbaric oxygen therapy during her time in LA. After trying the therapy for herself and feeling a drastic change in not only her overall wellbeing but also vast improvements in her skin and hair, Vesna is now the international Brand Ambassador and spokes woman of O2 Life Hyperbarics. She is a long-term user of oxygen therapy and has her own chamber at home. Speaking about her healthy lifestyle she says “Oxygen therapy is part of my everyday lifestyle now, just like organic food and going to the gym, I see it as a holistic approach to maintaining wellness and aging gracefully”

Tribeca is a life style venue that offers wholesome and organic food options in a lounge bar environment. We interviewed Vesa Vrankovic on the organic industry in the region and why Tribeca gives these options.

Please tell us about yourself

Vesna is the creative force behind Tribeca Kitchen and Bar, all decisions relating to menu, interior, concept, events and marketing are overseen by her. “Tribeca is the conceptual realization of the kind of place I want to go out to in Dubai: organic food and drinks, unpretentious laid back atmosphere and a unique concept every night of the week” adding “On any given night you can come to Tribeca and experience a totally different atmosphere and crowd and that’s what I love about it”

Do you source organic ingredients for your menu? Why?

Yes many of our ingredients on our menu are organic. We at Tribeca strongly believe that organic produce is both a healthier and tastier choice. We believe in a balanced approach when it comes to health and lifestyle choices and believe that moderation is key. We advocate clean living and offer a wholesome and organic menu whilst at the same time believe that life would be dull if we didn’t occasionally indulge in guilty pleasures such as chocolate cake or pizza. Our menu offers a wide variety of dishes ranging from supper nutritious salads such as the Superfoods Salad and bone broth to guiltily pleasures such as organic chocolate brownies and organic kale and fig pizza.

When it comes to the benefits of organic eating I strongly believe that organic is healthier not necessarily because it has more vitamins or minerals but rather because of what it does not have (i.e. harmful pesticides, added hormones etc)

In your opinion, how popular is the organic trend in the Middle East?

I believe that in recent years organic food has grown in popularity in the Middle East. 3 years ago when the Tribeca brand was conceptualized there were very few options when it came to organic restaurants and organic suppliers. Nowadays you see many organic options in supermarkets and even in restaurants who don’t specialize in organic cuisine, which is fantastic as it shows that people have become more conscious and educated about their food choices.

How do you determine the source of your ingredients? Is it local?

Our Ingredients are determined by myself and our Executive Chef Sergio Quinonez who designs a seasonal organic menu and selects our organic ingredients from local farms and suppliers. This can sometimes still be a challenge in Dubai as organic farming is still a relatively new phenomenon in the region however we have noticed with each season the offering of organic produce is getting better and better.